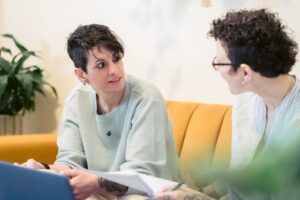 Methamphetamine is a powerful man-made stimulant that goes by various street names, including “ice” due to its crystalline appearance. The drug can be snorted, injected, smoked or taken orally, and is highly addictive. Initially, the user experiences an intense rush of euphoria and heightened energy, which impacts the neurotransmitters, dopamine and serotonin. The brain’s reward system registers the experience as a pleasurable one, setting the individual up for future ice abuse. Repeated use of meth quickly results in increased tolerance to the drug’s effects, leading to ever-higher meth dosing.

It isn’t long before someone struggling with an addiction to ice begins to witness the toll the drug is taking on their mental and physical health, as well as the devastation caused in their life. A destructive cycle of abuse sets in, including meth binges called tweaking. Tweaking refers to the individual not sleeping for days at a time who then develops a sort of temporary psychosis.

Ice addiction is one of the most challenging addictions to overcome, with 92% of those who completed detox relapsing. Anyone who has read or seen the movie version of Beautiful Boy learned about the intense grip the drug had over Nic Sheff, who succumbed to repeated relapses before eventually beating the ice addiction. It is possible to successfully recover from an ice addiction, with the first step being detox and withdrawal. When considering undergoing detox from this drug, some may inquire how to detox from ice at home.

Once someone is addicted to meth they will be unable to control their drug-seeking behaviors and meth use. This is because the brain’s chemical makeup has been altered and dopamine production dwindles. Without the drug, the individual feels no pleasure. As addiction sets in, the individual’s life will begin to unravel. Legal problems, loss of jobs, financial problems, custody issues and even homelessness will begin to define their days.

Because meth is so toxic, serious health conditions can develop as a result of addiction. Some of the effects of long-term ice abuse include:

While there are as of yet no specific medications to assist in meth withdrawal, there are various medications that can be provided during detox that will help reduce discomfort. Wellbutrin, which is an antidepressant, has been shown to help reduce meth cravings. In addition, the drug, Provigil, is a mild stimulant that can help with sleep disturbances.

The meth detox process can vary depending on the severity of each case and is usually longer than the detox processes for other drugs or alcohol. In general, the process can be broken down into two main phases:

Getting Treatment for a Meth Addiction

As mentioned above, our in-home care specialists customize each aspect of our stabilization plans for each client. That being said, we prioritize the following for all clients:

After the individual has successfully completed the detox process at home, they will need to be admitted to a residential treatment program for a minimum of one month, although longer is preferred. Detox only clears the system of the toxins and chemicals associated with methamphetamine, but the addictive behavior patterns remain. The rehab program will provide a comprehensive treatment plan that helps individuals seeking recovery to reshape their maladaptive thoughts and behaviors toward positive ones.

Is Meth Detox at Home Safe?

When wondering how to detox from ice at home, it is imperative to understand that this should never be attempted without medical supervision. Meth detox is often accompanied by emotional and psychological withdrawal symptoms, sometimes leading to self-harm or suicide attempts.

In most cases, withdrawing from meth is not life-threatening, however, there are a handful of potentially dangerous side effects individuals may experience during meth withdrawal. The symptoms may include:

A private medical provider who is trained in detox and addiction treatment can accompany the individual through the detox process at home. This is a valuable option, as remaining home for the duration of the detox period can be far less stressful than a detox facility. Some desire a home detox for privacy concerns, while others want their family members close by. These advantages make an in-home detox a desirable avenue to consider when deciding to confront meth addiction and begin recovery.

Who Provides Our Care?

Our care is provided by Kinkaid’s team of in-home nurses with decades of experience caring for your detox needs. Our nurses are trained to provide high-quality care in a kind, safe and professional manner.

Where is Our At-Home Care Available?

Kinkaid Private Nursing Care offers premium in-home services to patients looking for the best and most intensive care on the market. We only take on a few clients at a time, so we always provide specialized care to meet the needs of each client. Additionally, not only do we specialize in premium care, but we also practice proper management techniques to ensure your care is organized, efficient, and best for you.

Overall, we create a concierge medical experience for each of our clients. Our approach starts with building relationships with each of our clients and their families; we get to know you in the comfort and privacy of your home to better understand your exact needs. We then create a personal care team for you consisting of at least a clinical nurse specialist, clinical case manager, and care coordinator. Our compassionate teams are clinician-led and available to you 24/7 to provide unparalleled service and attention to detail.

If you have any questions or would like additional information on the services that we provide, please contact a nurse specialist by calling us or filling out the following form. 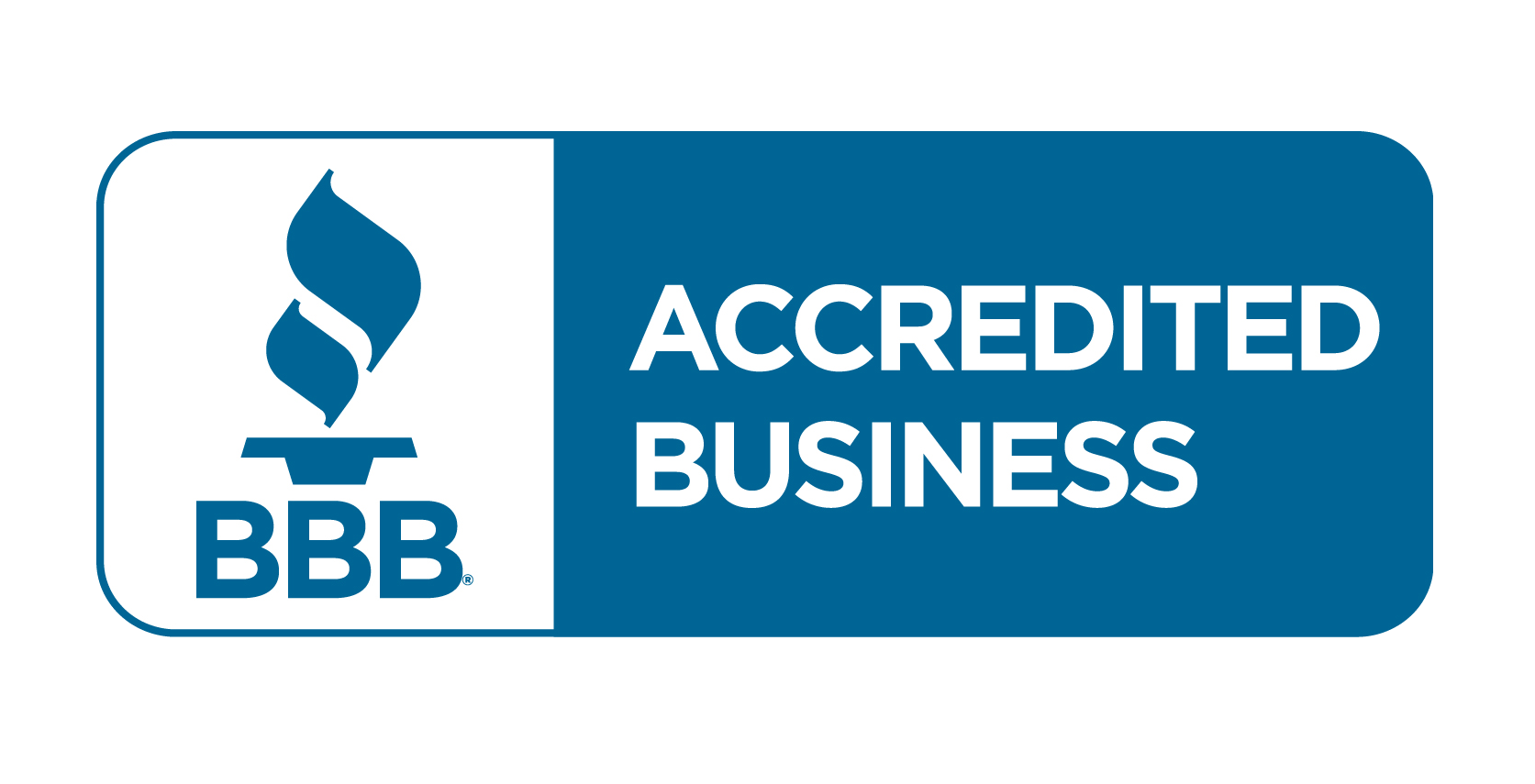 Jennifer is a healthcare executive, and the founder of Kinkaid Private Care, a private health management company specializing in assisting patients in their homes with complex medical diagnoses. Jennifer is a registered nurse with more than 20 years of experience working in some of the most highly regarded hospitals in Los Angeles and Orange County. She received her education at Charity School of Nursing in New Orleans, and became a
Critical Care certified RN at Tulane Hospital.

For many years she specialized in the care of the critically ill patient while working at Tulane, UCLA, and St. Luke’s Roosevelt (NYC) in their Organ Transplant and Neuro/Trauma Intensive Care Unit’s. She later moved on to specialize in PACU (Post Anesthesia Care Unit). Jennifer recovered patients from surgeries at St. John’s Hospital in the PACU where sometimes over one hundred surgeries were performed daily. Her final stop before starting Kinkaid Private Care was working for one of the most highly regarded hematology and oncology practices in Los Angeles, Tower Hematology and Oncology. At Tower Hematology and Oncology, she developed a true love of taking care of oncology patients.

Over the years Jennifer has developed an extraordinary network of highly qualified nurses with various specialties. This network allows her to match specialized nursing care to the specific needs of her clients. She’s combined her knowledge of medicine, and team of nurses to provide the best medical experience. 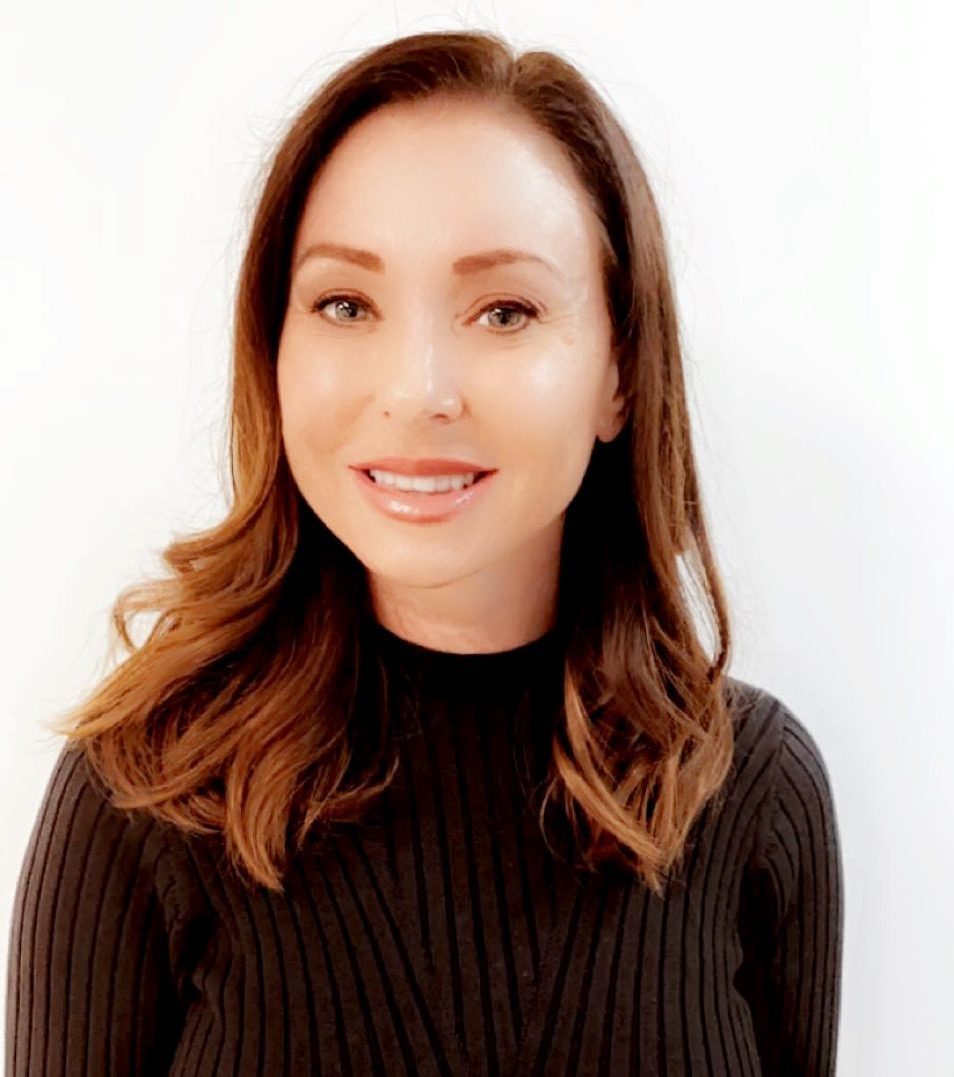 Falisha’s dedication to providing competent healthcare services, a focus in improving safety protocols, and an overall commitment to enhancing consumer satisfaction led her to pursue a career in management. To illustrate, she successfully managed four independent urgent care centers throughout the greater Orange County area and was acknowledged for leading the district’s highest performing center for the 2018-2019 fiscal year.

At Kinkaid, Falisha’s philosophy is grounded in promoting wellness amongst clients and their families by ensuring their healthcare needs are met with the utmost satisfaction. In like manner, she values providing ongoing support to her team members to facilitate their personal and professional growth. Ultimately, Falisha’s mission is to collaboratively present a personalized all-inclusive healthcare package to each client and their families that far exceeds their expectations. 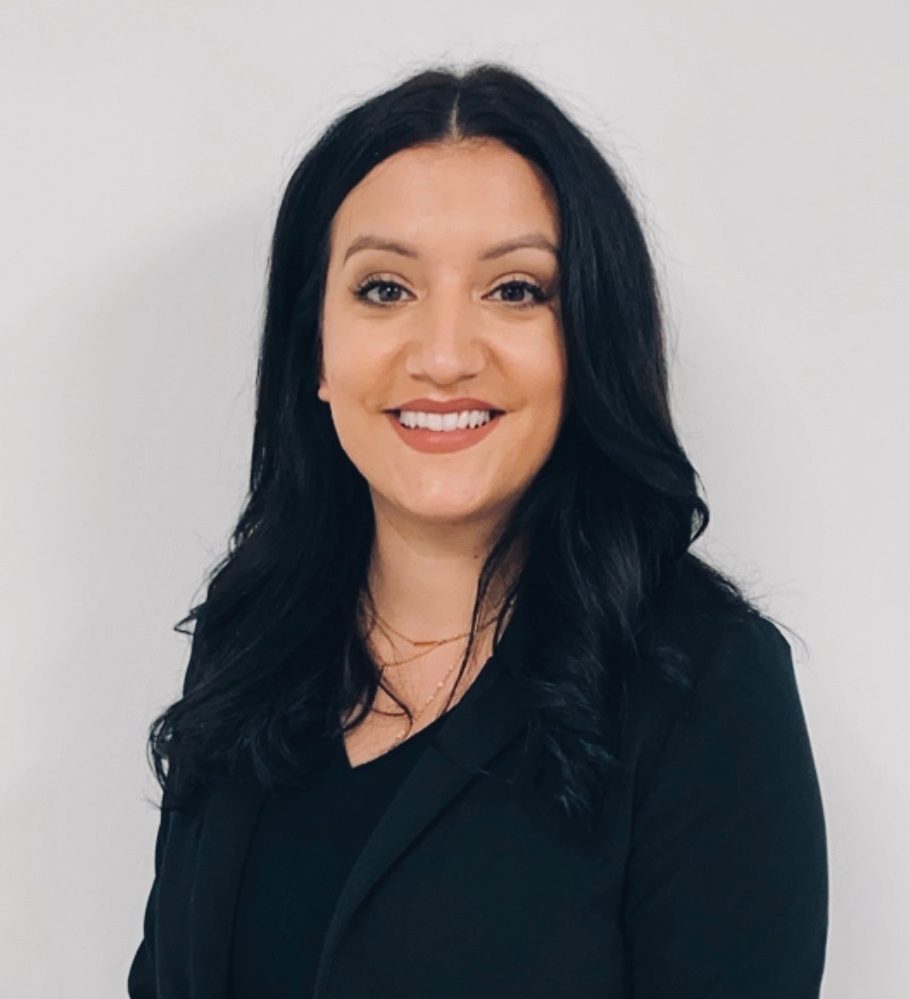 Aurora Libbey first discovered her passion for human rights advocacy as a volunteer providing wellness support to sexual assault survivors. Her affinity towards social justice issues solidified when she traveled to the Philippines to produce an investigative documentary highlighting social solutions to human trafficking. Aurora received her B.A in Psychology from the University of California, Riverside, and her M.A in Social Work from the University of Southern California.

With a strong foundation in interpersonal relationships, Aurora has gained progressive knowledge in the field of mental health. Her professional experiences range from providing direct care at an acute psychiatric hospital to overseeing case management services with a specialization in eating disorder treatment.

She now brings her case management skills to Kinkaid Private Nursing Care as a culturally sensitive care coordinator. She values collaborating with the clinical team to provide holistic and comprehensive care to diverse groups of individuals. Her ability in assisting clients in coordinating care and providing ongoing support to their families is unparalleled. She understands the importance of meeting clients where they are, holding hope during times of uncertainty, and remaining steadfast in the search for competent and effective private health care. 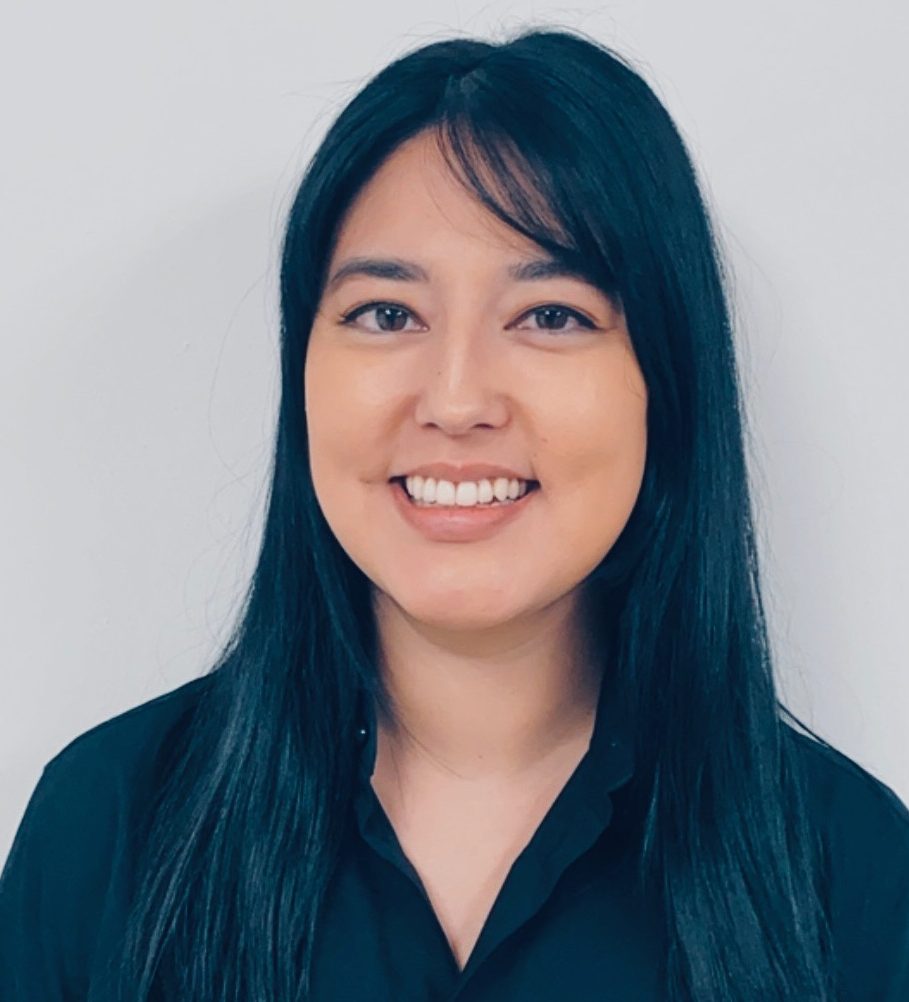